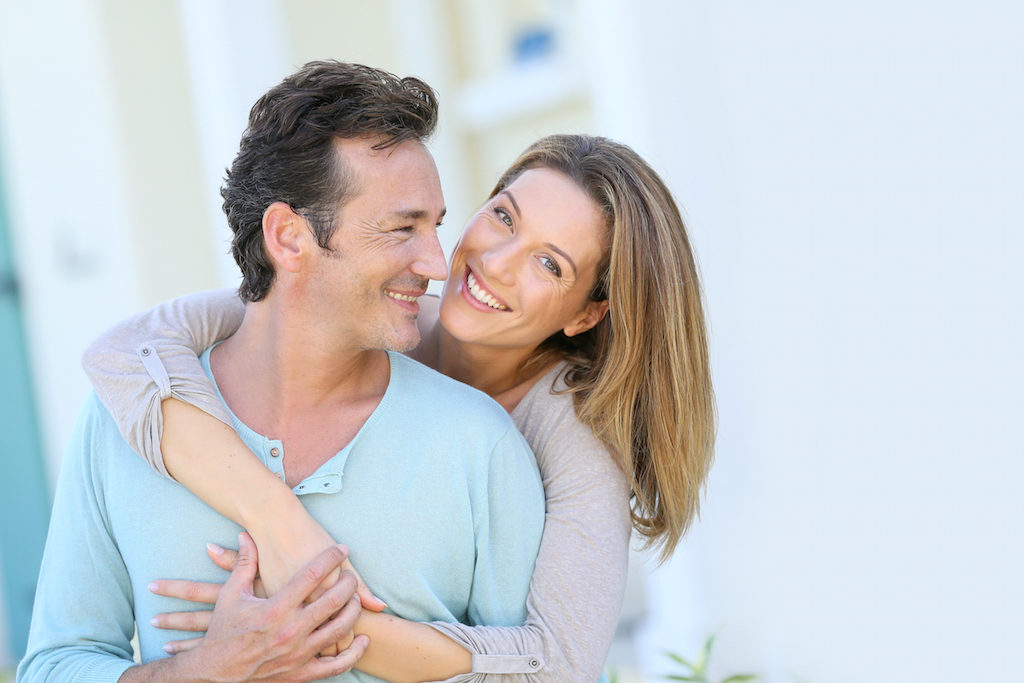 Think of each bad date as a necessary step towards a great one.

Some dates won’t be good. In fact, some may be so not good that you’ll be less inclined to go on another for a while. Resist that urge and arrange another date with someone new ASAP. If there are lessons to be learned from the dud one, be sure to apply them at the earliest opportunity.

Be open to their family situation.

Even if you’ve never had kids of your own, as you date in your 40s, you’re going to come into contact with all manner of co-parenting and step-parenting setups. “This may require flexibility as you work around ‘I have the kids this weekend’ or go on ‘dates’ with children involved,” says Monique Honaman, author and relationship expert.

But don’t be afraid to share some information that reveals a little about your personality and your achievements. Researchers at the University of British Columbia found that unlike arrogance, pride can be a turn on. They discovered this by asking women to look at photos of men exhibiting shame, happiness, and pride, then asking them to rate the guys’ attractiveness. When it’s your turn to divulge some information about yourself, it’s always a good idea to talk about something you take pride in. It could be sending your parents on a trip they’ve always wanted to go on, or coaching your kids little league team. As long as the sense of achievement you feel is genuine, your attractive display of pride will shine through.

At the grand old age of 40, you’ve likely racked up some accolades and some great stories to tell. But don’t let yarns of your own derring do get in your way. Answer questions when they are asked, but as soon as you’ve delivered a brief and satisfactory answer—hopefully in a way that’s funny, intriguing, and charming—ask your date something you genuinely want to know about them and pay attention for interesting avenues of inquiry to explore.

Use recent pictures on dating apps.

While it’s tempting to want to lead with a picture of you in your late twenties, your date isn’t going to take kindly to the subterfuge when you show up looking your actual age. It may sound trite, but your attractiveness really does hinge on owning who you are, not who you were or indeed who you will be. A good rule of thumb is to try and post pictures taken within the past 18 months: A window of time in which you probably weighed the same amount or sported around the same amount of hair. If you really want to show your adventurous side by posting a five-year-old picture of you summiting Mount Kilimanjaro, add a caption that notes the year. And be sure to avoid using these 40 Things Men Over 40 Should Never Say.