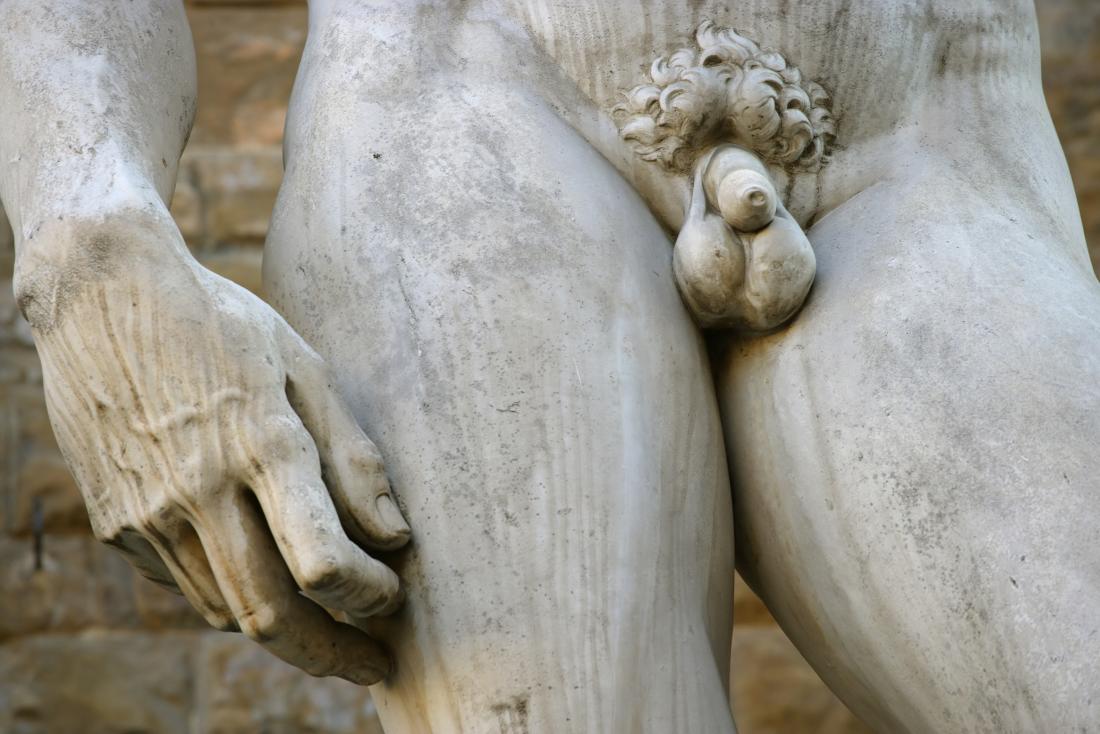 Your penis is twice as long as you think

A lot of men might take solace in this fact: our penises are longer than they look. In fact, around half of its entire length is housed inside of our bodies. You might be thinking, “Well, it’s no good to me up there,” but it needs to remain connected to the rest of your anatomy, so it’s probably best that it stays put. As you can see from the diagram here, the mass of pink erectile tissue — which comprises the so grandly named corpus cavernosum and corpus spongiosum — extends well into the pelvic region, forming a sort of boomerang shape.

So, we’ve established that we can get erections in the womb and during sleep, but this is perhaps even more surprising: the death erection. Also called angel lust or terminal erection, it happens in the moments after death. Most commonly, it occurs in men who have died from hanging; scientists believe that it may be due to pressure from the noose on the cerebellum. However, it has also been reported following death by a gunshot wound to the head, damage to major blood vessels, and poisoning.

Most men have very little control over exactly when they ejaculate. This is partly because it does not involve the brain. The signal to ejaculate comes from the spinal ejaculation generator. This region in the spinal cord coordinates the necessary functions. Of course, the higher brain does have some input into these matters — thinking about something else is a well-known way to delay the event, for instance — but the nuts and bolts of the whole operation are dealt with in your spine.

A study on 274 men demonstrated that there is no correlation between the length of a flaccid penis and its erect size. Some start small and end up large (a grower), while some are large when flaccid and only grow a little when erect (a show-er). Some are even small whatever state they are in, and some are large when flaccid and get much larger. It’s a mixed bag. This doesn’t hold much relevance outside of the locker room, but I guess it’s good to know anyway.